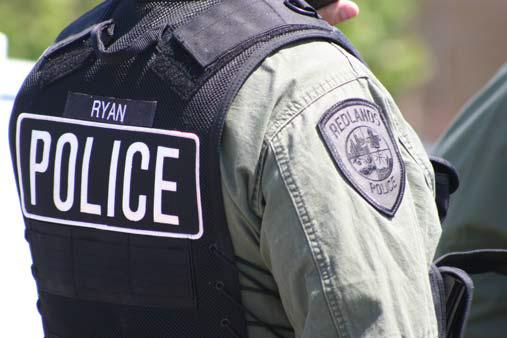 You can also find Property and Evidence under the Special Operations Bureau.

The Multiple Enforcement Team (MET) is supervised by a Sergeant. MET is a proactive group of officers whose responsibilities include monitoring and suppressing gang activity, addressing emerging crime patterns and series, and conducting investigations on gang-related crimes.  MET deals directly with Parole and Probation and is also responsible for graffiti issues.

The MET team is also comprised of Police and Corrections Team. An MET Officer is assigned as liaison to a team consisting of Parole Officers and one Probation Officer. The Team is responsible for monitoring parolee’s compliance and terms of parole and PRCS and Supervised Released Program.

The Street Enforcement Team (SET) is supervised by a sergeant. This unit addresses the issues of sales, distribution and use of illegal drugs.

The Crisis Negotiations Team responds to incidents that involve barricaded and/or suicidal subjects. Using highly skilled and trained negotiators, the team strives to resolve incidents as peacefully as possible, thereby reducing the risk of injury or loss of life.

Redlands Police officers frequently call on the department canine and also make him available to other local and federal agencies. The K-9 program also provides regular service to local schools through a contract with the Redlands Unified School District.

Since 2008, the ongoing training, medical costs, equipment and lodging for the department’s canines have been supported entirely by private donations with no cost to the City’s General Fund.

The Redlands Police Department accepts direct donations to the K-9 program. Contact your tax professional to determine if your donation is tax deductible. Donations may be made out to the Redlands Police Community Foundation (please specify Police Canine Fund).

The Evidence Section, which is staffed by Forensic Technicians, maintains custody of all property recovered by the police department either from a crime scene, or found property turned in by citizens, or property taken as safekeeping. We currently maintain approximately 10,000 items in inventory.