Don’t blow it this 4th of July; fireworks are illegal in City limits

The City of Redlands is pleased to offer the Kids Care Poster Contest for Redlands school and pre-school students of all ages. Have fun and help our community stay safe by entering the contest now through June 19. This contest is co-sponsored by the Redlands Chamber of Commerce, Citrograph Printing Co. and the Rochford Foundation. 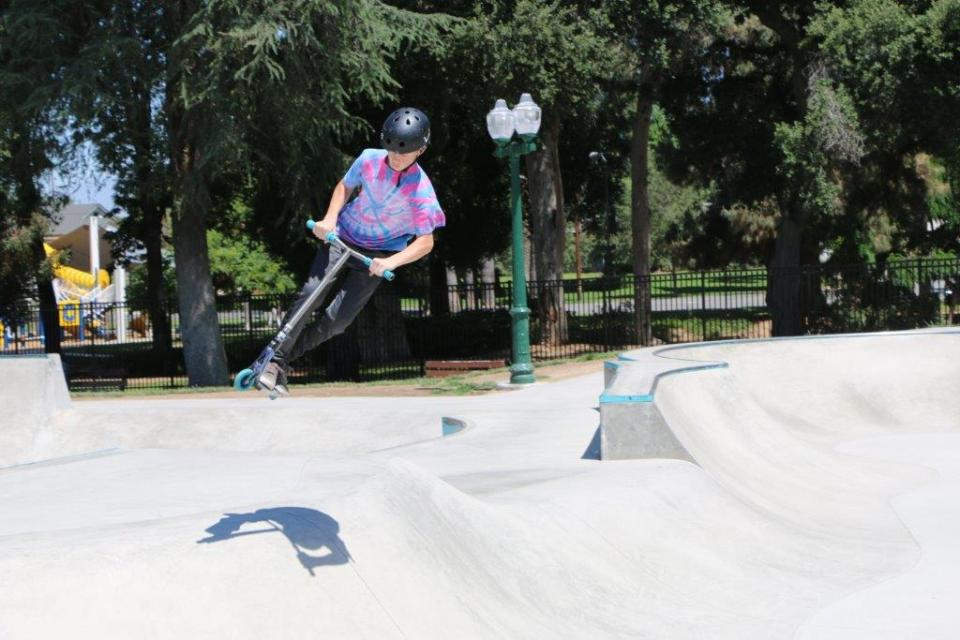 In keeping with State and County public health recommendations, City staff are working on plans to reopen several City facilities and loosen restrictions on others. Users are encouraged to continue to maintain appropriate physical distancing and wear face coverings when in close contact with people outside their own household.

On Wednesday, May 27, the Redlands Skate Park was reopened after more than two months. Basketball courts at several Redlands parks will be reopened by the end of the week.

The Redlands Household Hazardous Waste site at 500 Kansas St. is scheduled to be reopened on Saturday, May 30 from 9 a.m. to 2 p.m.

Beginning with this weekend’s reopening, the site will be staffed by the County of San Bernardino Fire Protection District Household Hazardous Waste Division staff.

The City of Redlands invites individuals to apply for a position on the Human Relations Commission.

The Human Relations Commission was established to foster peaceful relations among persons of different races and national origins. This commission serves in an advisory capacity to the City Council and to aid the City in achieving better human relations by providing assistance to all persons or groups in promoting good will and better relations among all people. The Human Relations Commission meets on the second Monday of odd-numbered months at 5:45 p.m.

As the Covid-19 pandemic continues, the City of Redlands Senior Services Division has teamed with the Redlands Community Foundation to establish a “Meals for Seniors Fund.”

To date more than $3,000 has been raised, which has provided 500 meals to Redlands low-income seniors who are at high risk and are unable to leave their homes.

The new program will provide $2,500 grants to local companies that meet County and State safety and health guidelines. Participating businesses will be issued a window sign noting that “This Business Partner is COVID Compliant” — offering reassurance to employees and customers that their health is a priority.

UPDATE: On Tuesday, May 12, Gov. Gavin Newsom updated the state’s guidelines, adding new categories of businesses that can begin reopening.

Businesses added to participate in Phase 2 reopening include:

In an effort to provide a central location for those in need and those who wish to make donations during the Covid-19 pandemic, the City of Redlands and the Redlands Service Club Council created the “Redlands Strong – Caring During COVID-19” web page.

The web page, which is linked to the City’s COVID-19 information page, includes sections “If you need help …” and “If you can offer help …” with links to meals, child care, medical and mental health services and others.

The City of Redlands is working to assist local businesses as the County of San Bernardino begins implementing Phase 2 reopening of business under the State guidelines announced by Gov. Gavin Newsom.

The San Bernardino County Board of Supervisors late Thursday, May 7, announced some businesses can start to re-open Friday. 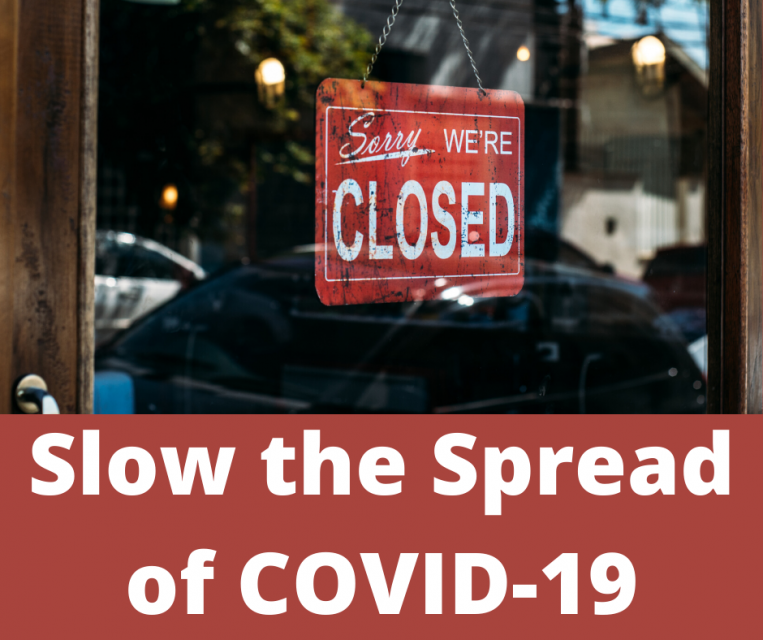 As the Covid-19 pandemic continues to engulf our country, we feel acutely the effects on the health and safety of our friends and neighbors as well as the economic struggle felt by businesses and employees in Redlands.  With the number of confirmed cases in the county doubling every 10 days and the growing number of deaths from the virus, it is clear that it is not yet time to relax our vigilance.

City partners with local businesses in Shop It Forward campaign 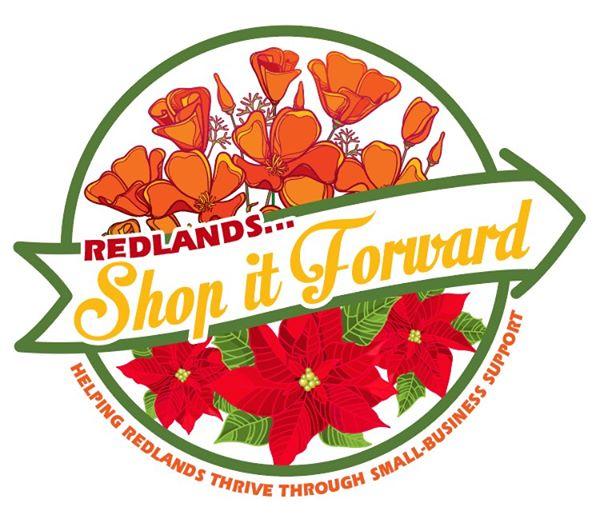 The City of Redlands is partnering with local businesses and the Chamber of Commerce in Shop It Forward, a local campaign encouraging Redlands residents to do their Christmas shopping now, buying gifts and services online from local businesses, paying now for pickup or delivery in December.

Following issuance of a new public health order from the San Bernardino County Department of Public Health on Thursday, the City of Redlands is implementing plans to reopen park and recreational facilities “on a limited scale for passive recreation,” which includes individual activities such as “wildlife observation, walking or hiking, biking … and participating in non-contact sports like golf or tennis with members of their households.”

In keeping with California law requiring employers to establish and implement injury and illness prevention programs to protect employees from worksite hazards, including infectious diseases, the City of Redlands is providing guidelines to businesses in our community that continue to operate as essential businesses within the state and county public health orders.

(April 18, 2020) In our mission to serve, protect and respect our residents, employees and businesses, the County today enacted an omnibus COVID-19 health order that helps clarify items related to public safety directives.

Highlights of the new order include:

As the Covid-19 pandemic continues, many Redlands senior citizens continue to need assistance.

The Redlands Community Senior Center and Family Services are currently distributing 120 meal packages to seniors every Wednesday at the center.

But the needs of low-income seniors and those at high risk, unable to leave their homes, is growing.

To assist, the City of Redlands Senior Services Division has teamed with the Redlands Community Foundation to establish a “Meals for Seniors Fund.”

The Redlands City Council meeting, which was canceled April 7, has been rescheduled for Wednesday, April 15. Following public health recommendations to limit public gatherings during the Covid-19 pandemic, the meeting will be closed to the public.

The April 7 meeting, which was also closed to the public, was canceled after an earlier downtown power failure caused equipment failures at City Hall, including computer servers, phone lines and television broadcast equipment used to provide cable TV and livestream access to the public.

San Bernardino County residents who display symptoms of COVID-19 including fever, cough and shortness of breath can get tested at five upcoming specimen-collection events through the end of April.

“We understand the high demand for COVID-19 testing in our county and we are making every effort to organize drive-through events throughout the county,” said Board of Supervisors Chairman Curt Hagman. “We are working closely with state and federal partners and exploring all avenues to increase testing capacity, despite a nationwide challenge with shortage of supplies.”

Parks and trails open to those within walking distance

In keeping with orders issued by the San Bernardino County Department of Public Health on Tuesday, April 7, the City of Redlands has closed or restricted access to parking facilities at all City parks. Under the April 7 order “parking lots at all parks and/or trails shall be closed and shall be accessible only by members of the public within walking distance of the parks and/or trails.”