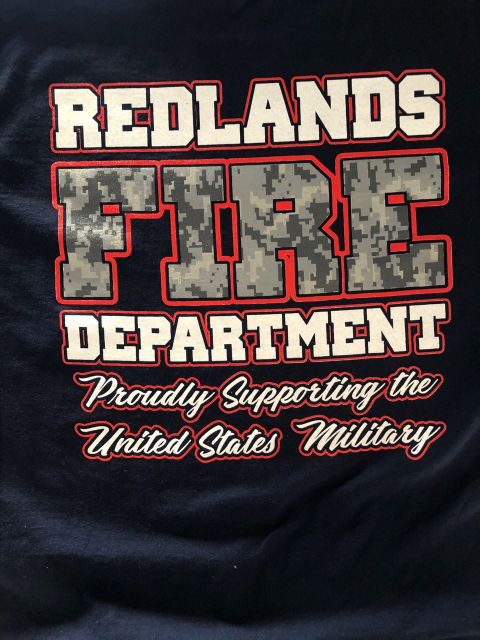 May 2, 2019 – Redlands Firefighters have donned commemorative T-shirts during the month of May to honor the nation’s military services.

This is the third year the department has authorized its on-duty personnel to wear the military appreciation T-shirts, with the design changing each year.

This year’s design includes an image of the famous photo of U.S. Marines raising the American flag over Iwo Jima during World War II. The shirts were designed by Redlands Firefighter/Paramedic Rich Hurtado; Capt. Dempsey Chappell, a former U.S. Marine; and Capt. Mike Howard, who served in the United States Navy.

The shirts are available to department personnel only and are not for sale to the public.