The third phase of the Orange Blossom Trail will extend from the current trailhead at Redlands Blvd and California Street west along the Mission Zanja to the City’s limits at Mountain View Avenue. The $1,080,850 project is made possible by a $918,722 Transportation Development Act grant matched by $162,128 from the City’s Palmetto Grove Fund. The project is expected to finish in 2017. 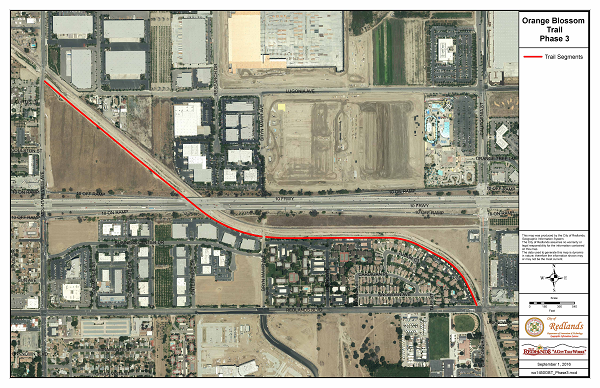 The Orange Street bikeway project will install a class I off-street bike path along Orange and Pioneer streets connecting the Redlands and Highland cycling networks and providing a convenient route for Citrus Valley High School students to commute by bike. The approximately $4.5 million project is jointly managed by Highland and Redlands and is 96% funded by grants from California’s Active Transportation Program and the Transportation Development Act. Estimated year of completion is 2020. 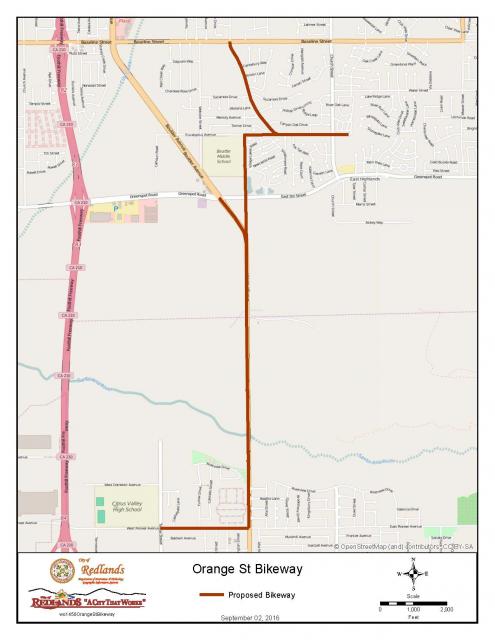 This project will add approximately 16 miles of class II bike lanes to the City’s bike grid. Streets were selected for inclusion in the project based on priority routes identified in the City’s 2015 Bike Master Plan. The $250,000 project is jointly funded by a grant from the South Coast Air Quality Management District’s (SCAQMD) Mobile Source Air Pollution Reduction Review Committee (MSRC) and the City’s subvention fund. Installation of the bike lanes is being coordinated with the PARIS paving program. The project is expected to finish in 2017. 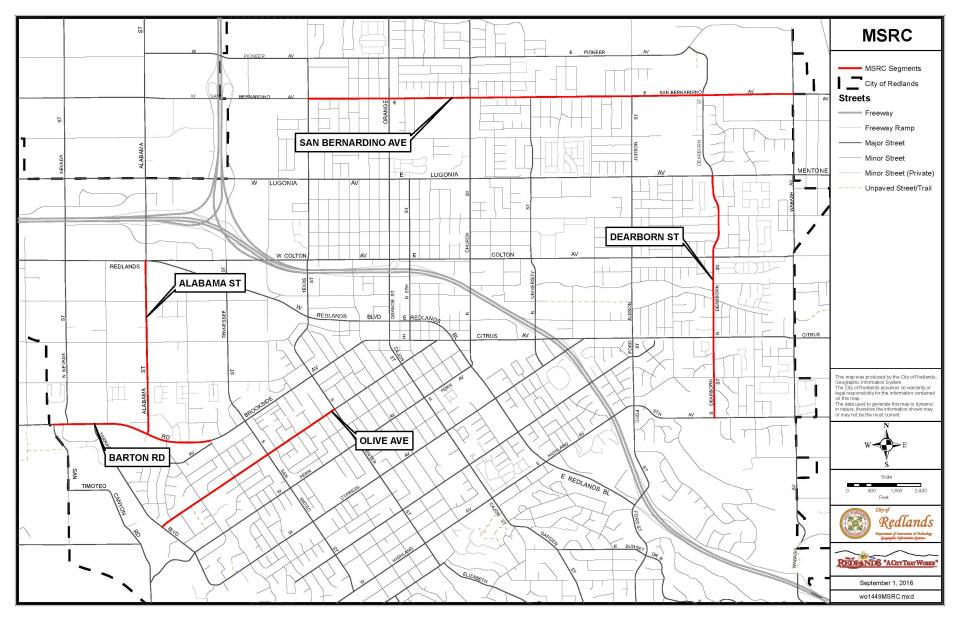