Have a Security Camera? Register the camera location to help fight crime. 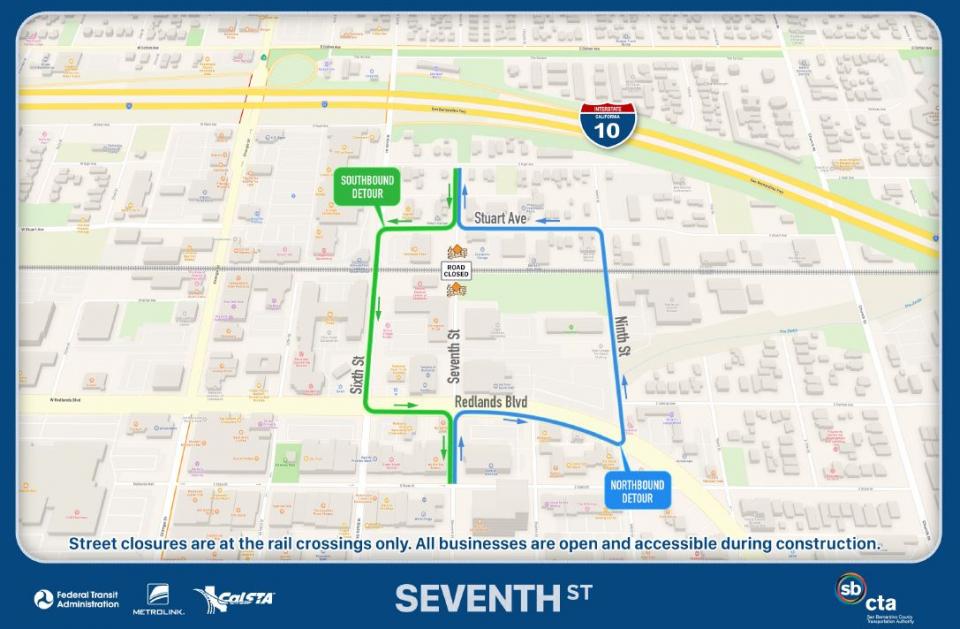 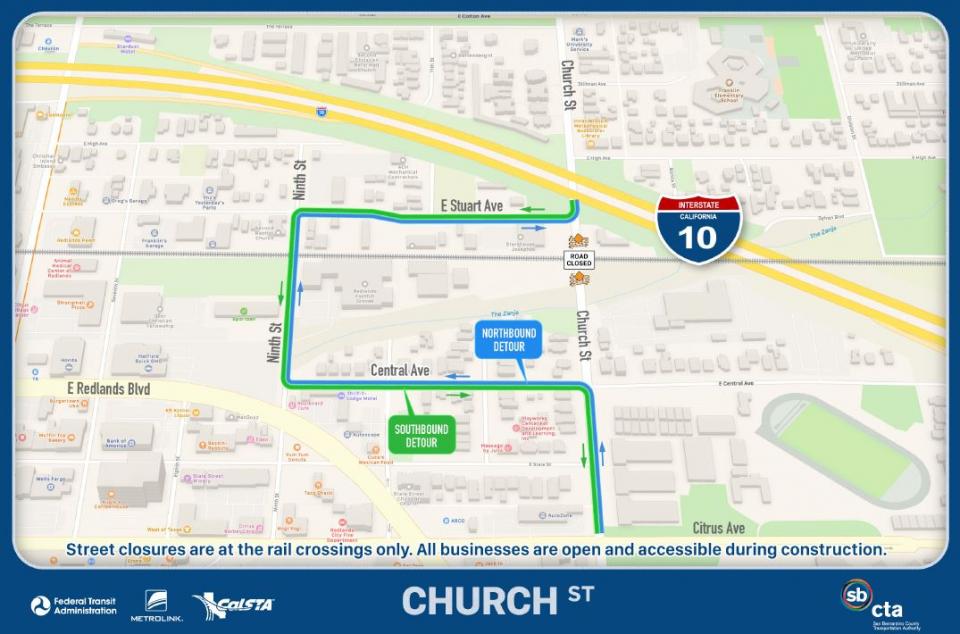 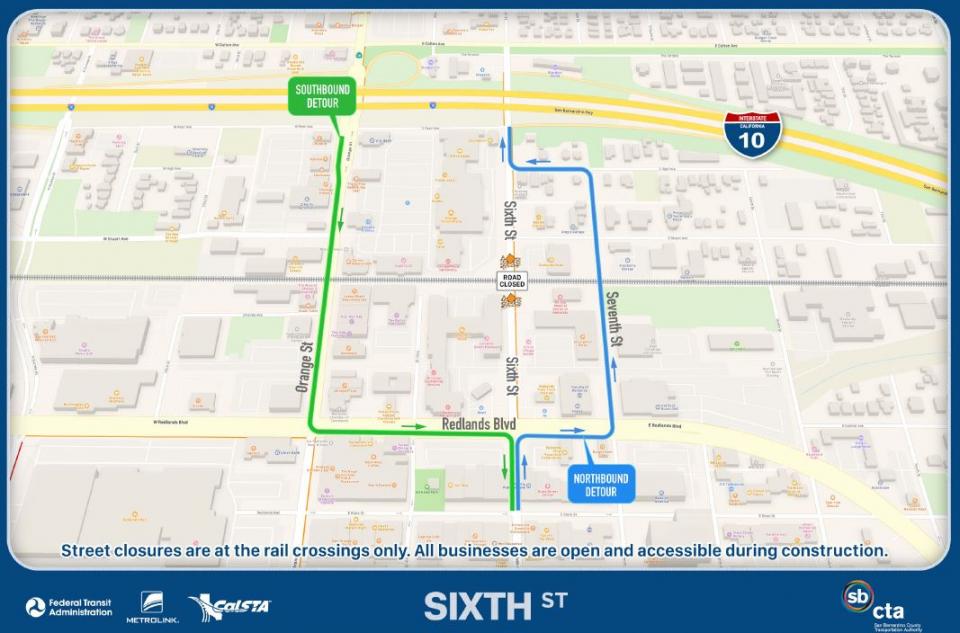 The RPRP runs along the existing railroad right-of-way from E Street in San Bernardino east to the City of Redlands, roughly a nine-mile extension of passenger rail service ending at the University of Redlands.

The environmental process cleared the use of Diesel Multiple Units (DMUs) as the primary vehicle for the service between Redlands and San Bernardino. DMUs are cleaner, quieter, more efficient, and cheaper to operate than Metrolink-type trains. In addition, two Metrolink round trip Express Trains were cleared that would provide two morning and two evening Express trains to/from Los Angeles, making only one stop in Redlands at the proposed Downtown Station. It is anticipated that the Redlands community will experience up to 25 round trips or 50 trips per day.

Information About City Land Use Requirements

Land use decisions remain the responsibility of the City and are made according to the policies set forth by the General Plan. All developments are subject to the planning process and are presented publicly for comment. The General Plan, which serves as a decision making guide for the City of Redlands is updated approximately every 20 years to reflect the community’s present day values and goals. State law requires that a general plan contain at least the seven mandated elements: Land Use, Transportation, Housing, Conservation, Open Space, Noise, and Safety. With input from the steering committee, stakeholder interviews, workshops, and community survey, Redlands residents are helped to develop the General Plan.

The project cost is $250 million. The City of Redlands’ share of the cost has been allocated from countywide sales taxes under Measure I and the County’s Local Transportation Fund.

Redlands makes up 4.27% of total Measure I revenue in the valley portion of our county. The approximate amount of Measure I funding that is being used for the RPRP is $112.78 million, meaning that approximately $4.82 million is has been allocated as part of Measure I.

The 2004 extension of Measure I, which identified the Redlands Passenger Rail Project in the expenditure plan, was approved by more than 80% of the voters across the County of San Bernardino, including City of Redlands.